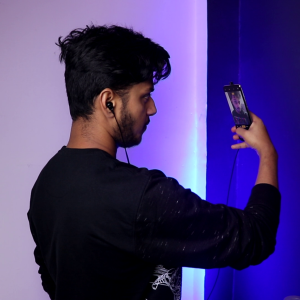 Google-owned video sharing platform YouTube has finally introduced to India three new media-streaming/sharing services right after a few days of Spotify’s debut in the country. These services, namely YouTube Premium, YouTube Music & YouTube Music Premium, were initially launched in seventeen countries across the globe around eight months ago. This launch is a massive addition to the masses of Indian music and video-streaming space which has seen the arrival of several new services in the past years, including that of the major providers in the world.

YouTube Music is a free music-streaming service available as a downloadable app as well as a website of its own. It provides its customers with a huge variety of original songs — covers, playlists, albums, and artist radio. Besides, one can find YouTube’s record of live performance, music videos, remixes, and covers on the platform.

The subscription charges start with Rs. 99 per month. Though, there is an introductory offer by the company currently running for the users who have never used any of Google or YouTube’s music-streaming services before. Under this, such users get a three-month free subscription to YouTubr Music Premium.

YouTube is already popular in India and the love of the country for music is hidden to none. Hence the company is hoping for these new services to make their way into people’s hearts. Not to forget, the Indian music-production company T-Series has been continuously clashing with the channel with the maximum number of subscribers on YouTube, PewDiePie. It is going to be interesting to see how the business of the newly-arrived services is affected by the current situations, if so.

YouTube Music has many competitors to tackle. Many of these are also new in the market- Amazon Music, Spotify, Gaana, JioSaavn, Hungama, Apple Music, etc.