After many rumors the Xiaomi Redmi S2 has been finally launched in China on Thursday. We had been listening about this new smartphone from Xiaomi for quite a long time but today it’s now officially launched and we have known the specifications. We know that Redmi series is a budget friendly series from Xiaomi and the Redmi S2 is the first smartphone on the new S-series.

Recently Xiaomi has launched the Mi 6x in China which may launch as Mi A2 in India but this new Redmi S2 is cheaper than the Mi 6x. This is a selfie-centric smartphone and we can remember that last year Xiaomi launched the Redmi Y1 and Y1 Lite in India and they both were focused for the selfie-maniacs. Now let us take a look at the specifcations of the Xiaomi Redmi S2. 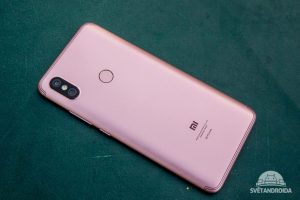 The smartphone comes with a 5.99-inch Full HD+ display with a screen resolution of 1440x720p and a 269 pixel per inch density. This device is powered by Xiaomi’s very favorite Snapdragon 625 octa-core processor along with a Adreno 506 GPU for graphic intensive tasks. The Redmi S2 will come in two variant. The base variant will have 3GB RAM and 32GB of Internal Storage. However thehigher end will come with a 4GB RAM and 64GB of Internal Storage. You can expand the memory upto 256GB via micro-SD card.

Xiaomi is following the trend as they have included dual camera setup on the rear side. The primary camera has a 12MP sensor (f/2.2) and the secondary camera has a 5MP sensor. On the front side it has a 16MP sensor with a soft LED flash light so that pictures don’t seem over exposed. The Redmi S2 houses a 3,080 mAh battery and it charges via micro-USB port. The phone runs on Android 8.1 OREO with MIUI 9 on the top of it.

The phone has a very similar design as the Xiaomi Mi 6x. It has a face-unlocking feature and Xiaomi claims to have built in AI for better selfies. The base variant costs CNY 999 (roughly Rs 10,559) and the higher-end variant costs CNY 1299 (roughly Rs 13,730). It has been officially launched in China but there is no news of it’s availability in India yet.