No doubt Xiaomi Mi A1 was one of the most popular budget smartphones of 2017. This was previously launched as Mi 5x in China. The hardware in both of these smartphones were same except the software. Mi A1 came with Android One progamme. Now it there are positive rumors that the successor Mi 6x is going to be launched in Mobile World Congress 2018. So we can pretty much expect that it’s next version Mi A2 will also be launched soon after that. Also a new picture of Mi 6x has also been leaked by SlashLeaks. 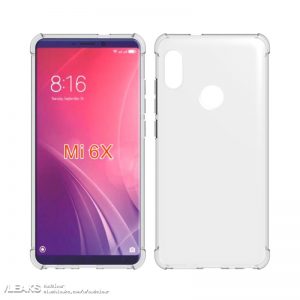 Surprisingly this time the Mi 6x will be powered by Xioami’s own new chipset called Surge S2 . It’s the successor of Surge S1 which previously powered mi 5x which was launched in China. The new Surge S2 is a processor based on 16nm technology. The Surge S2 will be an Octa-Core processor with four high performance ARM Cortex A73 cores clocked at 2.2GHz and four efficiency cores of ARM Cortex A53 cores clocked at 1.8GHz. This will be interesting since the company is going to be first time using any other processor than Snapdragon. They had previously used Snapdragon 625 in many of their previous Smartphones.

The chipset will be powered by a Mali G71MP8 GPU.  Surge S2 is expected to be as powerful as Huawei’s own hi-silicon Kirin 960 processor which was company’s flagship processor back in 2016.

Not much of the specifications have been leaked but Mi 6x is strongly believed to be launched as Mi A2 under the Android One program in global Market including India. The smartphone might appear with a 6GB of RAM and a bezel less display with 18:9 aspect ratio.