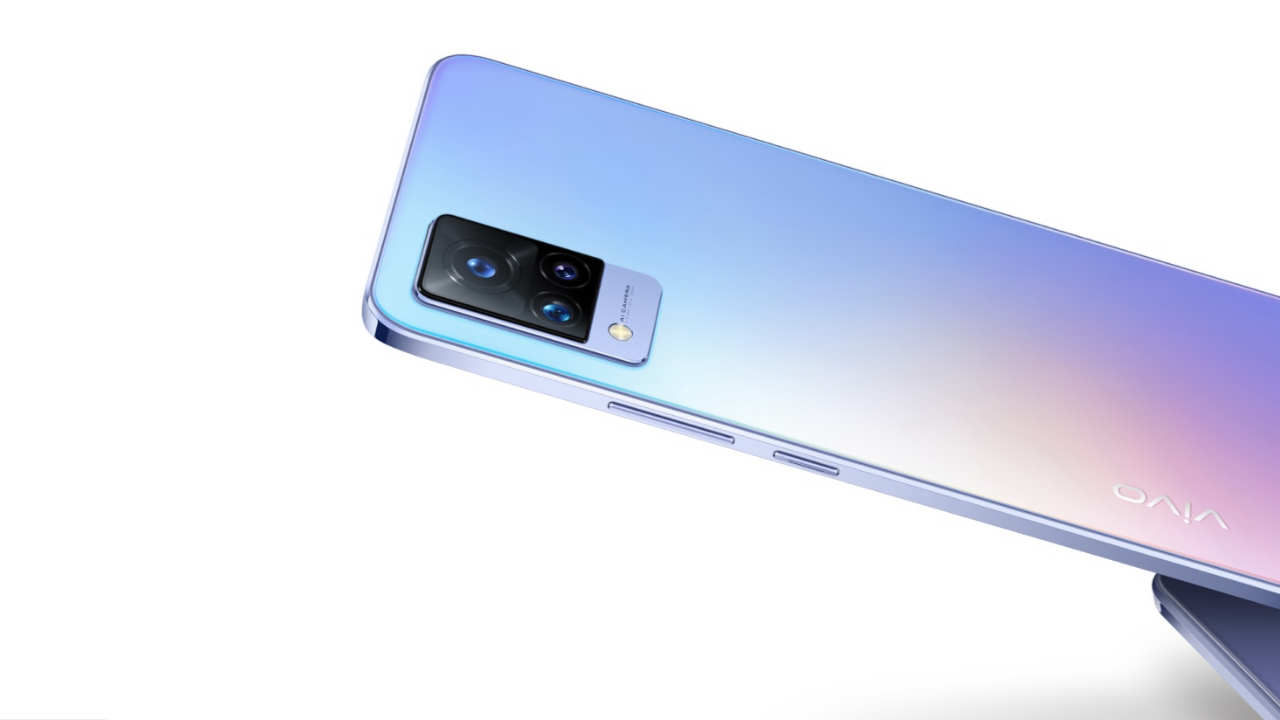 Vivo V20 series was a massive hit in India and offered really attractive smartphones with good specs and slim design. Maintaining the same strategy, Vivo has launched the vivo V21 smartphone in India today. This is probably the last smartphone launch of this month. While there’s no pro variant launched this time but we expect that to arrive soon as well. Let us take a look at the Vivo V21 and what it has to offer to us.

On the rear side it has an almost similar design to the Vivo V20 and V20 Pro which reflects a different shades of colours. The rear panel is made of Glass with matte finish so it won’t attract fingerprints easily. The side frame is made of polycarbonate. On the front, it features a 6.44-inch FHD+ Samsung E3 AMOLED panel. It also has a refresh rate of 90Hz. However, it still features a waterdrop notch on the top. Vivo V21 is powered by Mediatek Dimensity 800U chipset and of course it is a 5G supported smartphone. The base variant has 8GB of RAM, however, Vivo has claimed that there’s additional extended RAM feature that can use up to 3GB of ROM.

The cameras are the biggest highlight of this device because it is the first smartphone to feature OIS on both rear and front side. There’s triple rear camera on the rear side. The primary camera is a 64MP sensor and also there are an 8MP ultra-wide sensor and a 2MP macro camera. The primary camera supports OIS for stabilised videos. On the front it has a 44MP camera and that supports OIS as well.

To maintain the thickness of 7.29mm and weight of 176 grams, the phone has a battery capacity of 4,000mAh battery only. The device comes with a free 33W charger in the box. There’s no 3.5mm jack but the company is providing a pair of Type C earphones and a Type C to 3.5mm adapter free in the box. Vivo V21 has an in-display fingerprint scanner.

Vivo V21 will be available in offline markets. There will be three colour variants available. The pricing goes as this: