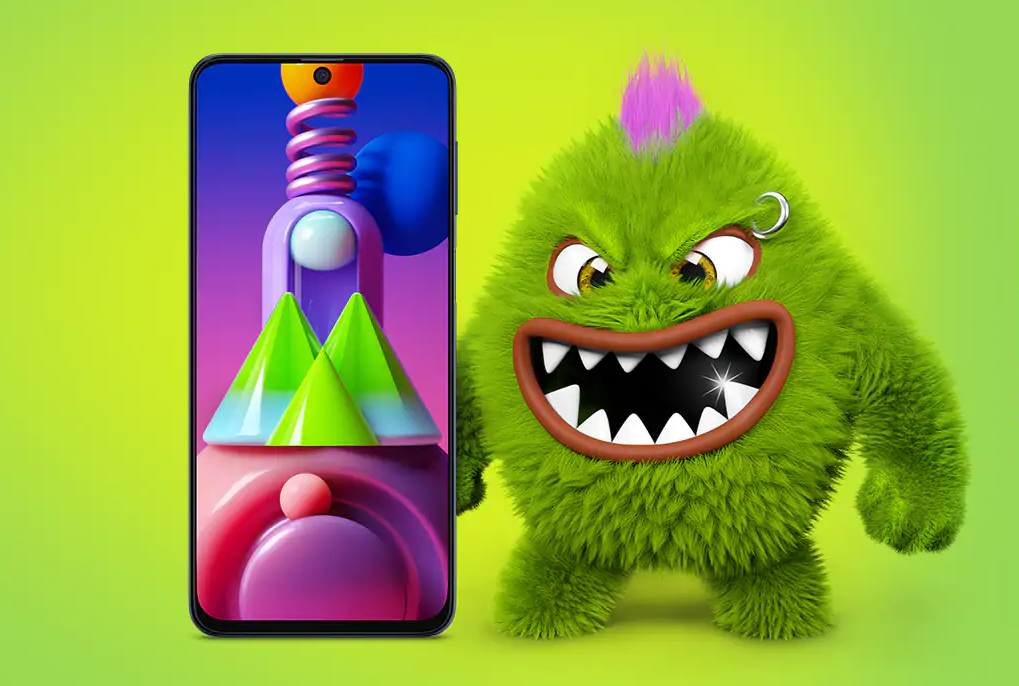 So after a long wait, Samsung has finally unveiled the new Galaxy M51. So this is basically a mid-range phone and it will be directly competing against Oneplus Nord. This time Samsung has used a Snapdragon chipset and a massive 7000mAh battery. So let me tell you the specs of this phone.

The Samsung galaxy m51 has a 6.7” super AMOLED display with a normal 60hz refresh. The phone comes with a Snapdragon 730G which is good considering the fact that most of the phone that Samsung offers in the M series comes with Exynos chips. The phone also has a 7000mAh battery and that is something very amazing because it can easily last 2 days. The phone also comes with the 25W fast charger in the box and what’s good is that we get a type-c to the type-c charger so we can charge other phones as well.

Coming to the cameras, this phone has a 64mp main camera which is the Sony IMX 682 and along with that, we get a 12mp ultra-wide camera with 5mp depth and another 5mp macro camera. On the front, we get a 32mp selfie camera. We also get Widevine L1 support so we can watch Netflix and Amazon Prime in Full HD. The phone comes in two colour options which are Celestial Black and Electric Blue. The phone is 9.5mm thick and just weighs 213g. The phone runs on OneUI 2.1 (Android 10) out of the box. The phone comes with a side-mounted fingerprint scanner.

Pricing and the availability-