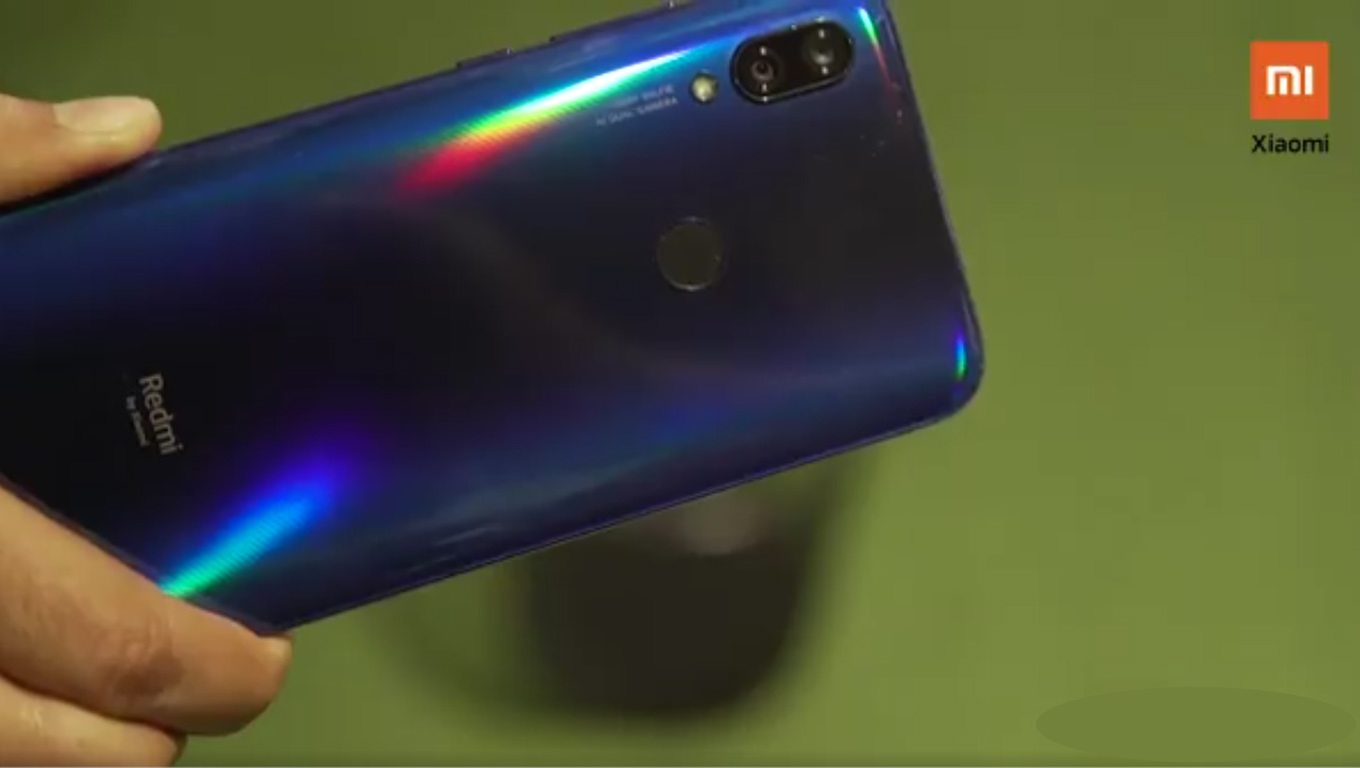 Redmi India and Manu Kumar Jain have been teasing the Redmi Y3 from the past couple of weeks on their social media handles. The 32MP Front Camera was pretty much easy to guess from their posts but today Redmi India have finally revealed how the Redmi Y3 is gonna look like.

Redmi India have posted a video on their twitter handle which claims that Redmi Y3 is going to have “Ultra Durability“. They have put the smartphone in a closed bucket and fell that from stairs. The phone remains intact, however, that’s not a really good way to check the durability of a smartphone. We will find out more of that later. Other few things that have been confirmed are that Redmi Y3 will have a Dew-Drop notch on the front and a Dual Rear Cameras on the back.

We are expecting the smartphone to arrive with a 6.2-inch display with HD+ resolution. We are not expecting any Gorilla Glass Protection this time. The phone is rumored to come with either Snapdragon 632 or Snapdragon 636 Chipset. However, we have a strong belief that the latter would be present inside this. The phone should arrive with two storage variants, e.g. 3/32GB and 4/64GB. On the front, it will feature a 32MP sensor while on the back we expect a 13+2MP dual setup. Redmi Y3 is also expected to house a 4,000 mAh battery. We can’t confirm the fast-charging support in it.

When it comes to pricing, the Y series from Redmi sits in a very interesting place. In a previous couple of occasions, we had seen that the Y series is always priced below the Note series. So we are expecting the 3/32GB variant to cost Rs. 8,999 and the 4/64GB variant to costs Rs. 10,999.