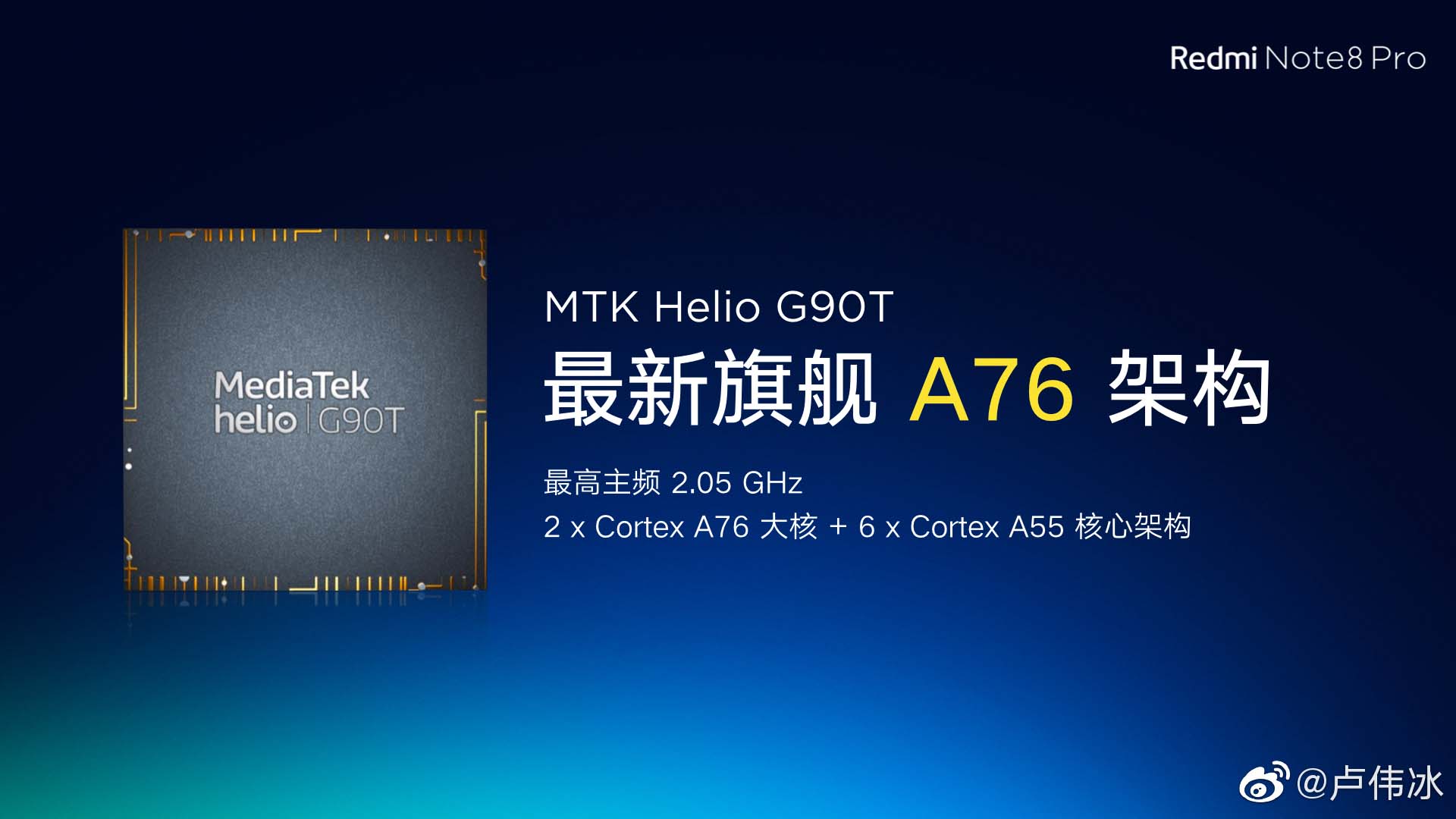 Redmi Note 8 Pro Is Going To Be “Gaming Core”

We have been hearing about all the rumors regarding the Redmi Note 8 Pro from past few days and today Lu Weibing, Xiaomi’s Global General Manager has officially confirmed that Note 8 Pro is going to be the first smartphone equipped with Mediatek Helio G90T chipset. He has posted this on Weibo and also likes to call it “Gaming Core”.

It’s already known that the next offering in the Note series is going to feature a 64 megapixels primary camera. But this is the first time that Xiaomi is giving more attention to “Gaming”. On the Weibo post, Lu Weibing has said that he would like to call it a “Gaming Core”.

MTK G90T uses ARM Cortex- A76 Architecture. This technology is also used in Kirin 810 and Kirin 980 chipset. Company has also teased Liquid Cooling technology inside this smartphone is really essential during long gaming sessions. Redmi Note 8 Pro is going to be officially launched on 29th August and we will get to know more about its specifications by then. The smartphone is already teased to have a rear design similar to Redmi K20.