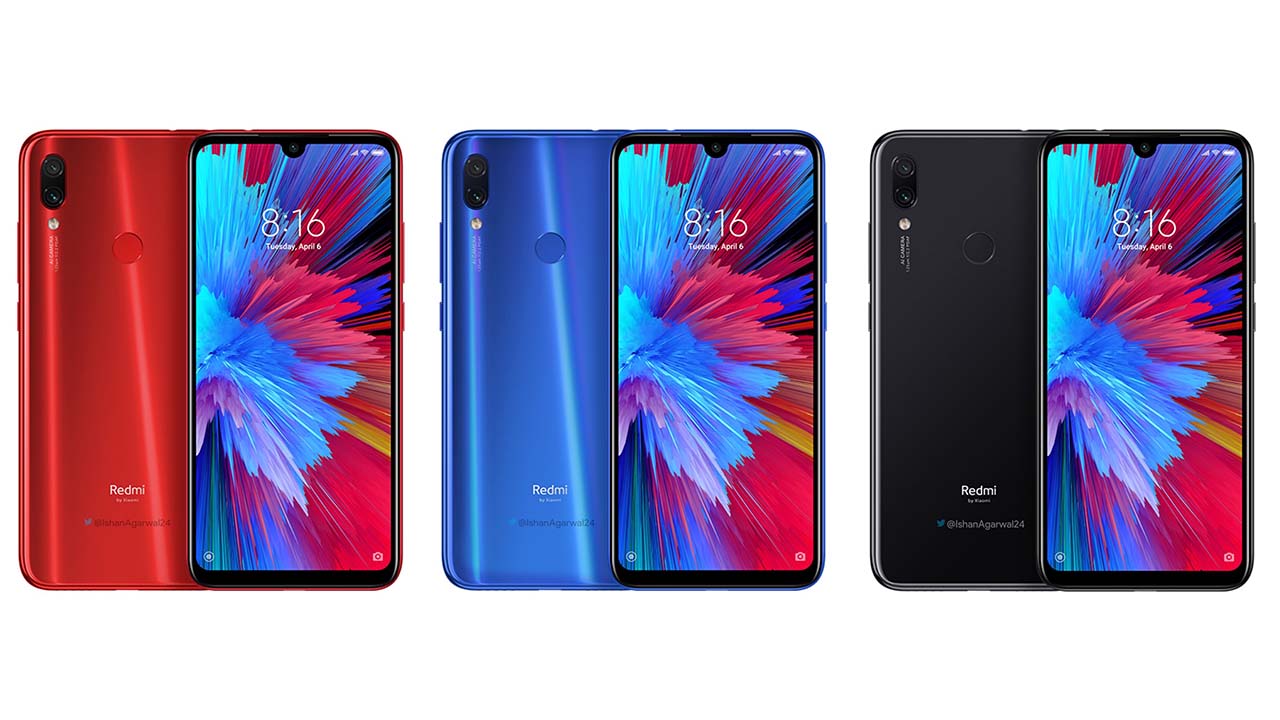 Redmi Note 7 is currently the smartphone that Indians are waiting for. Redmi India has already announced that they are launching the device on 28th February. But today Ishan Agarwal has exclusively leaked the renders of Redmi Note 7 Pro and he has confirmed that it will launch on February as well.

The biggest confirmation from the renders is rear camera setup. It will have a true 48MP primary sensor which possibly indicates the Snapdragon 675 Processor. Redmi Note 7 Pro will feature a USB Type-C port and fast charging. We expect it to have a 4,000 mAh battery. The device will come in three different color variants:- Black, Gradient Blue Gradient Red. We are expecting the price to be under Rs. 18,000. We will upload reviews on YouTube.