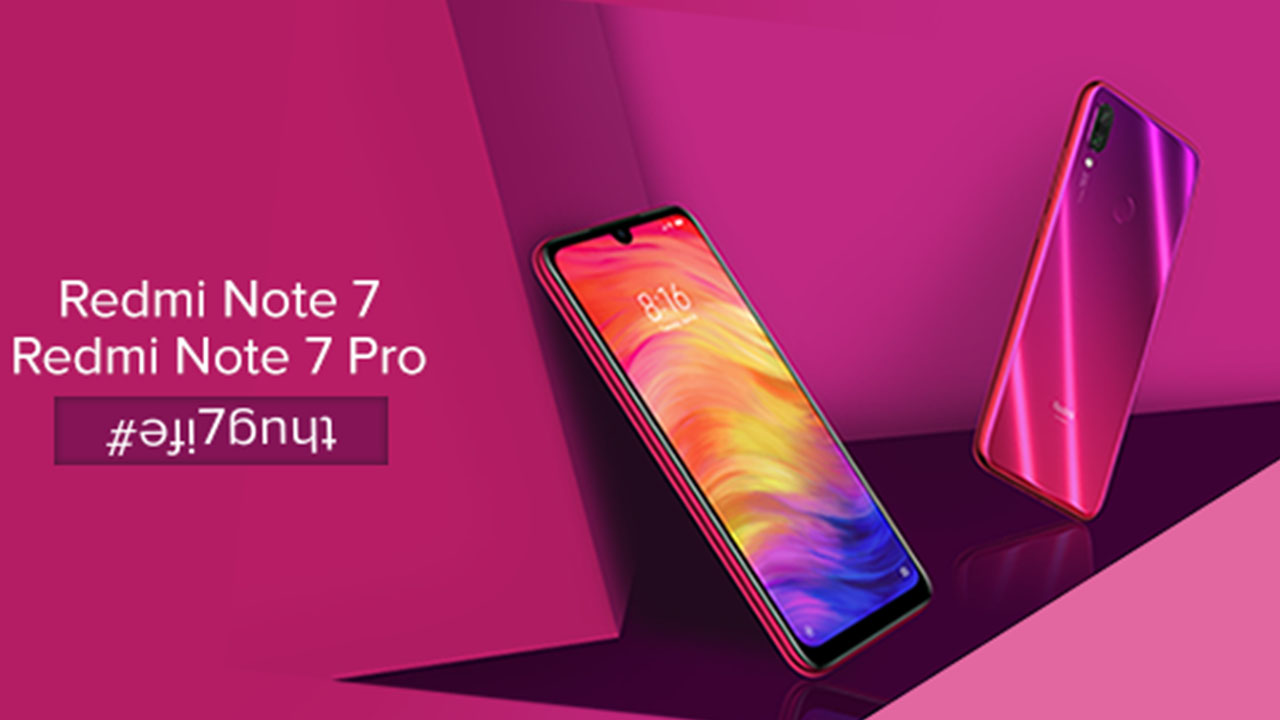 The most anticipated smartphone till now has finally been launched in India. Redmi India launches (Redmi is now an independent sub-brand of Xiaomi) the Redmi Note 7 along with the Redmi Note 7 Pro in India. Now we had been hearing the rumor of the latter launching from past few days. Apart from that Xiaomi has also announced a new product in their Smart TV lineup, a soundbar, and their Mi Sports Bluetooth Earphones.

Now both the Redmi Note 7 and the 7 Pro comes with a 6.3-inch Full HD+ display with a 19.5:9 aspect ratio along with a Dewdrop Notch on the top. Both the front and back have been covered with 2.5D curved glass. Also, both of these devices have a Corning Gorilla Glass 5 protection. Both houses a 4,000 mAh battery with Quick Charge 4.0 support through a USB – Type C port. A 3.5mm headphone jack is present on these devices. These two devices run on MIUI 10 based on Android 9.0 Pie.