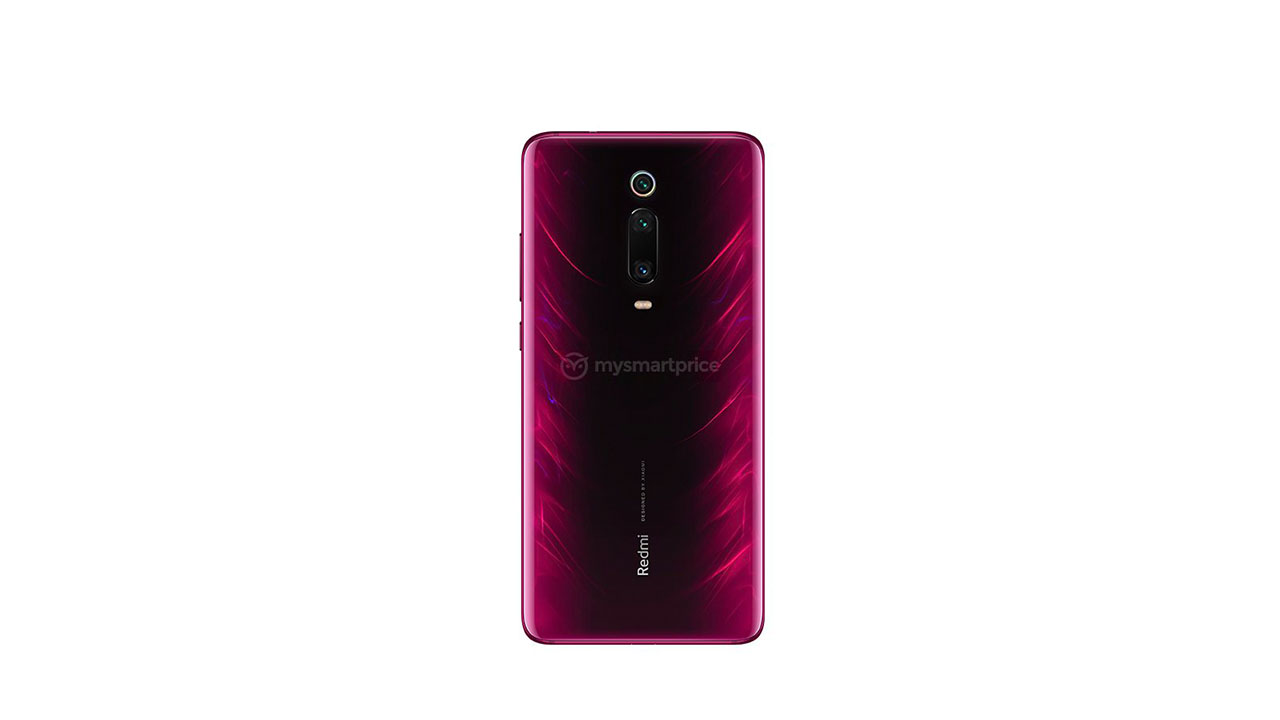 A couple of days ago we posted the first look of Redmi K20 which had a curved glass back with gradient design and triple camera setup on the rear side. Today, a clearer image for the Redmi K20 has surfaced via mysmartprice. Indian tipster Ishan Agarwal has posted it on his twitter handle. According to him, there are two more color variants: Carbon Fibre Black and Glacier Blue.

Now the design of the rear side is reminiscent of Oppo Reno. The camera module looks a bit similar even the phrase “Designed By Xiaomi” looks inspired from the Oppo Reno. Anyways, you can see a ring around the lens on the top. We are expecting it to be some kind of LED light. But it can be just an addition to the design.

We had already published a full article of its specifications which you can check here. The smartphone will come with a pop-up selfie camera and an in-display fingerprint scanner. Redmi K20 will be powered by Qualcomm Snapdragon 855 chipset along with up to 8GB RAM. The smartphone will house a 4,000 mAh battery and will support 27W fast charging. It will have a triple rear camera setup for photography as well.

Big Confusion – What Will The Be Redmi K20 Pro?

Now there are rumors that Redmi K20 will feature a Snapdragon 710 chipset, whereas, the K20 pro will come with a Snapdragon 855 SoC. That makes us confused because earlier Redmi India had posted the teaser image for the Redmi K20 and it had the mention of Snapdagon 855 in it. There was no mention of pro. So will the Redmi K20 Pro arrive in India as only K20? Or the the pro version will be re-branded as the much awaited Poco F2? Let’s wait for a few days and see what surprise Xiaomi might be bringing for us.