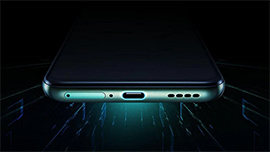 Realme X50 Pro 5G launch is scheduled at an online event on 24th February. Realme X50 Pro which was actually scheduled to debut on MWC(Mobile World Congress) in Barcelona, Spain, but the event was recently called off due to the ongoing global threat caused by Corona Virus. The Realme X50 Pro is going to be the company’s next flagship device and today their twitter handle has officially confirmed some of its specs. This will be another new device in the line up of 5G smartphones. We can also expect Realme X50 Pro to launch in India in the near future. This can be one of the early 5G smartphones in India then.

As of now, not much of the specs are leaked but we have known quite a few which definitely look powerful. The smartphone will house a 4,500 mAh battery with 65W SuperDart charging support. Now, this is a rebranded Oppo SuperVOOC 65W charging technology. The company claims that the X50 Pro can be fully charged in just 25 minutes. This will surely be an interesting thing to check out when the device launches.

As expected, the Realme X50 Pro will be powered by Qualcomm Snapdragon 865 chipset like most of the other current flagship devices. There will be dual cameras on the front side of the device. Realme has also confirmed the presence of a 90Hz Super Amoled display on it with a sampling rate of 180 Hz. Realme is again going for a punch-hole design this time. We can also expect a 108 megapixels primary camera on the rear side.