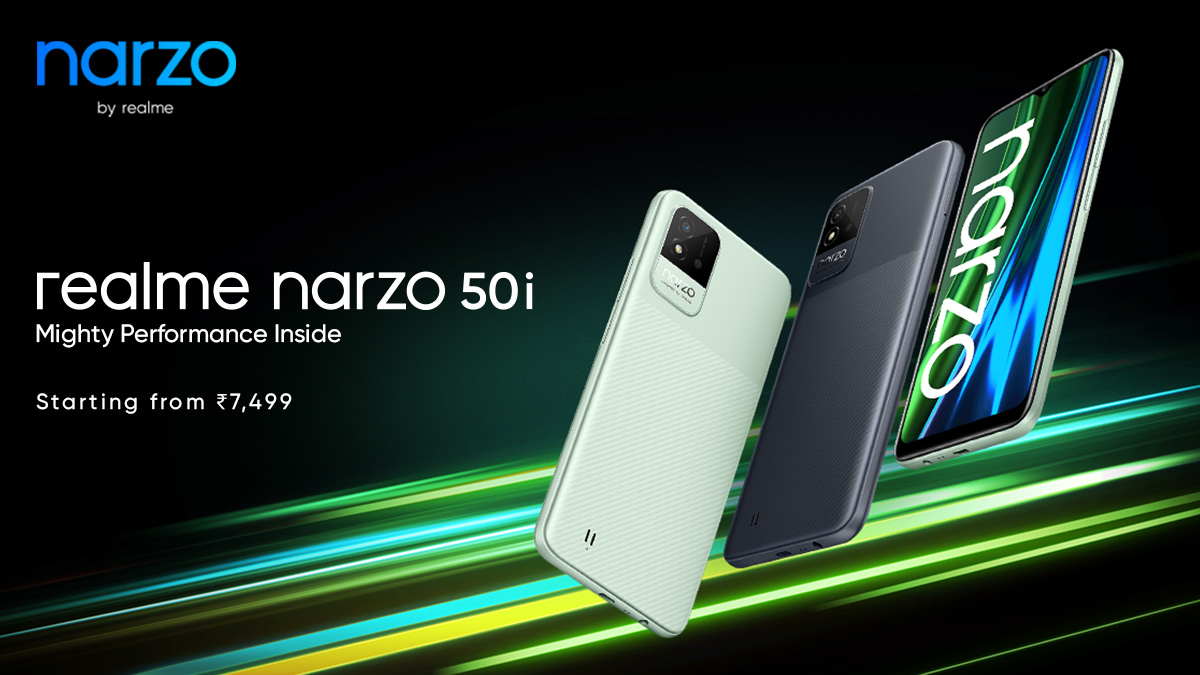 After expanding the Realme 8 series, Realme is now updating its Narzo series. Today, the company has unveiled its new budget offering in the Narzo series named Narzo 50i. Certainly, The device is pretty decent with some reliable specs considering the price range. The device flaunts a large display and a 5000maH battery, a single front and rear camera setup. In addition, The device runs on Android 11 with the Realme UI R version. The new Realme UI R version gives you near to stock android vibe. It is a slightly toned downed version of realme UI 2.0 for low-end devices. Lastly, let’s take a closer look at the device.

The device comes in two different shades- Mint Green and carbon Black .Secondary, the device will be available on Flipkart and the first sale will be on 7 October at noon. To sum up, the pricing of the Realme Narzo 50i goes is as follows-