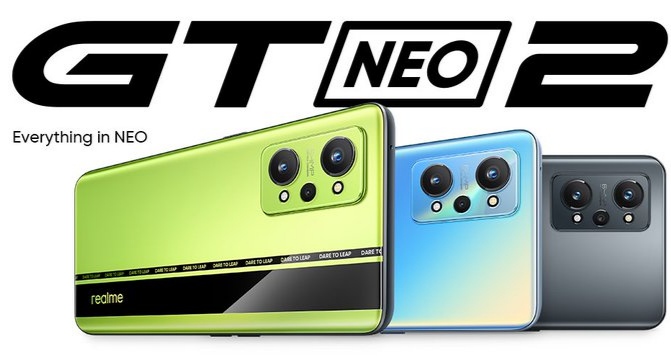 Realme is back with another launch. Today the company has expanded its GT lineup with the launch of realme GT Neo 2. The device is the successor to the realme GT Neo which was rebranded as X7 Max in India. The GT Neo 2 brings flagships specs at a considerably low price range.

The device flaunts a powerful snapdragon 870 chipsets inside the hood with an impressive 120Hz refresh rate Amoled display. In addition, all that stuff is powered by a 5000mah battery that can go from 0-100% in just around 36 mins. Secondly, the device runs on Android 11 on Realme UI 2.0 on the top and flaunts an in-display fingerprint sensor. Further, let’s check what’s inside this beast-

The smartphone comes in three different elegant shades-Neo Black, Neo Blue, and Neo Green. To sum up, the device will be available on Flipkart as well as the Realme store on 17 October at 12 am. Lastly, The pricing of the device goes as follow-