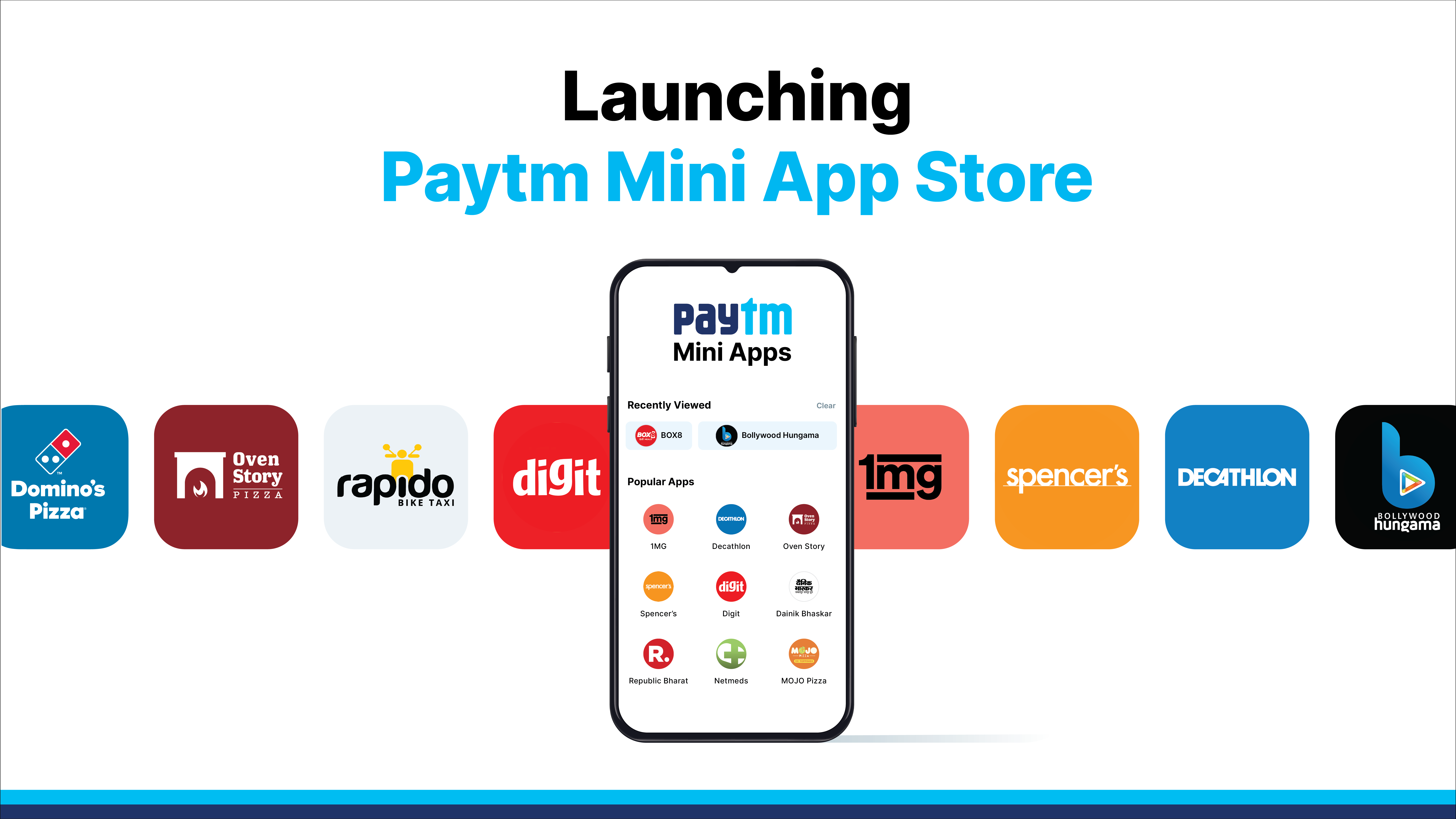 Paytm is a well known payment app, most of us use Paytm to do all the payments in our day to day life. Few days back, paytm was removed from the Google play store because it was violating the policies, but on the same day it was brought back. Now Paytm has launched their new Android Mini App Store.

Paytm’s new Mini App Store is targeted at Indian Developers. Now what’s this “Mini App Store”, Paytm says that “Mini apps are a custom-built mobile website that gives users app-like experience without having to download them, which would greatly benefit millions of citizens to save their limited data and phone memory”. All of these apps will be free of cost and for in-app purchases, Developers can give options like Paytm Wallet, Paytm Payments Bank, UPI, net-banking and Cards to their users.

All of these mini apps will be available on the same paytm app. In the start Paytm Mini App Store will be offering  direct access to discover, browse and pay without downloading or installing separate apps. More than 300 app-based service providers such as Decathlon, Ola, Park+, Rapido, Netmeds, 1MG, Domino’s Pizza, FreshMenu, NoBroker have already joined the program. All of these apps are built using HTML and Javascript.

This is going to be something interesting as Paytm is used by people all across India, and many people will be using the Mini App store.