Honor is really making strong their marketing strategies. Looks like they are going to compete with their own smartphones in a price bracket. This is proved by one of their upcoming smartphone as it’s passed by TENAA. It’s strongly believed to be the Honor 7c. The company has previously many phones in their “C” series such as Honor 5C and Honor 6C. Let us discuss the Honor 7c specifications.

The “C” series of Honor is a budget series and this Honor 7C is expected to be so. This is probably going to be more of a affordable version of the Honor 7x which is considered as one of the best Mid Range Smartphones in the market as of now. Instead of being a budget friendly option the Honor 7C looks to be a promising budget smartphone. 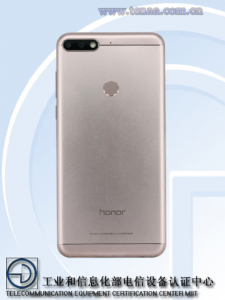 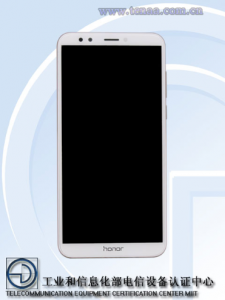 Unfortunately only the images has been spotted on TENAA. That’s why we can’t mention all the specifications as of now. But the pictures suggest a lot. The device is labelled as Honor LND-AL30. However the picture suggests that the device is going to have a 18:9 aspect ratio display. We can also spot the dual cameras in both front and rear side. However the rear camera setup looks a bit different than the previous Honor devices such as the Honor 7X, Honor 9 Lite and the Honor View 10. It has a black cover around the cameras. We can also see that the Honor 7C is going to come with a Fingerprint Sensor at the back.

The device can be launched at a price of $150-200. However in India we can expect it to be a bit less since Honor has already Honor 9 lite which starts at Rs. 10,999. This is a very smart move by Honor because the hype of portrait selfies are getting bigger and bigger. Honor is also launching their Valentine’s day special limited Honor 7x red edition as Amazon exclusive.