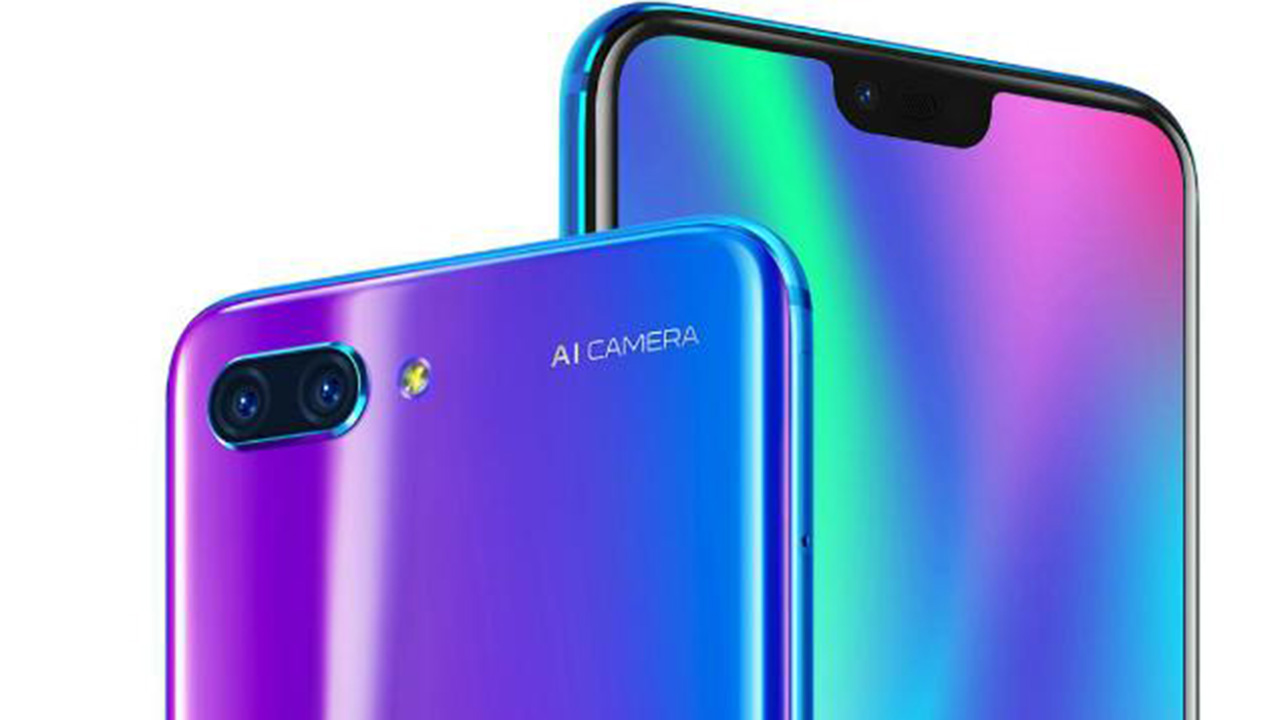 We saw the launch of the Honor 10 in China a few weeks back. Now the latest and greatest Smartphone from the Huawei sub-brand has been launched Globally. Today, on May 15th the company unveiled the phone once again in an gorgeous event in London. Interesting the is a very affordable version of the Huawei P20 Pro which has an insane Triple-Rear camera setup. The Honor 10 will be available to purchase in India exclusively at Flipkart.

Now the Honor 10 has launched at a time where OnePlus 6 is almost waiting to be launched. According to the rumors the Onelus 6 would cost Rs. 36,999. So definitely the latter can get some competition from this Honor flagship device.

Honor 10 Specifications and Price In India:-

The Honor 10 comes with a beautiful glossy glass back which will surely catch attention. It reflects various shades of color from different angles. The phone sports a 5.84-ich full HD+ display 2280×1080 pixels resolution and 19:9 aspect ratio, the screen to body ratio being at around 80%. The phone comes with a Gorilla Glass protection for the screen but the company hasn’t mentioned about the version of it. Now like any other Honor Phone this one comes with Huawei’s own chipset. The Honor 10 is powered by HiSilicon Kirin 970 SoC.

The smartphone comes in two variants. The base variant has 6GB RAM and 64GB of Internal Storage whereas the other variant comes with the same 6GB RAM but 128GB of Internal Storage. Now how can there be a new Honor Phone without dual cameras? On the rear side the Honor 10 has a 16-megapixel + 24-megapixel dual camera setup with LED-flash. The primary camera has an aperture of f/1.8. On the front side it has a 24-megapixel camera. Now the company has been using the hashtag #BeautyInAI for past couple of weeks. Honor claims that the phone will support Huawei’s AI 2.0 technology which will help to produce better selfies. This technology can also help in a better battery-management and face unlock.

The Honor 10 comes with the Android version of 8.1 Oreo along with Huawei’s custom skin EMUI 8.1 . The phone houses a 3400 mAh non-removable battery. Thankfully Honor hasn’t removed the 3.5mm headphone jack which is getting faded away in many smartphones these days.