What comes in your mind when you first hear the words ‘customization’ or ‘open source’? Obviously Android! Launched on 23 September 2008 android has launched the Developer previews of its newly updated version that is Android Q or the android version 10 so, what does android have us in store for us? Let us check out some of the most groundbreaking Android Q features that will be shipped with the latest version of android in 2019.

Probably the most noticeable change that you will witness when you will use Android Q are its gestures. The newly embedded gestures in Android Q are arguably better than any other gestures you have used in android so far, the user experience was very much smooth and butter fluid and as it’s Developer Preview there are some minor hiccups here and there but for the most part Google has nailed the gestures in Android 10.

The gestures are pretty much like the ios for e.g. To go home just swipe from the bottom, for taskbar just half swipe from the bottom and now you can switch from app to app just by swiping from the down to the right or left to switch between your apps. But if you don’t like the gestures you can use your Android Pie navbar or the good old navbar with the dedicated Back, Home and Taskbar buttons. This is going to be a major Android Q feature.

By default the if you trigger your volume rockers the media sound will get adjusted which is a good thing in my opinion and you can also trigger the sound profiles from your screen just like in Android Pie so, what’s the difference between Android Q and Pie?

The kicker in this year’s Android version is now you can change the volume of all the sounds which are Media, Call volume, Ring and Alarm volume directly on the screen on which you are working on your phone. By clicking on ‘See more’ you will be taken to dedicated Media and sound settings where you can change your ringtones etc. Which is a pretty neat feature
as shown in the screenshot below.

If you take a look at the UI not much has changed in the Android Q. It still has the classic teal blue color and the signature pixel launcher but there are a few changes in the UI here and there for e.g. The pencil icon which is used to change and edit the quick settings panel has now been shifted to the far left. The Lockscreen now has a few changes in the clock but the most noticeable change you will witness will be a ‘lock’ as shown in the screenshot below indicating the security enforced on the phone which will swiftly unlock when you will open your phone by your password or Fingerprint which is now called ‘Pixel Imprint’ in Android Q. It’s a neat little animation.

Settings UI has been changed a little bit, on the top you have a search bar and the new thing is the photo of your email account on the top right corner as shown below Security and lockscreen is now only and Security and Privacy tab has been separated.

We can’t really call this an Android Q feature but it comes with a ton of wallpapers 15 of which are live ones by Google named ‘LIVING UNIVERSE’ which will look Dope on your homescreen like the classic beach one which you can see below and live wallpaper of the earth and many other natural wallpapers which will soothe you as per your mood.

As you can see the ones showed here are some of the examples. Below you can find the Android Q Live Wallpapers sample.

At closing, I just want to say that Android Q even in the DP6 worked very smooth and fluid on my 3GB RAM phone which is an accomplishment in itself and it might be a good upgrade over Android 9.0 PIE. 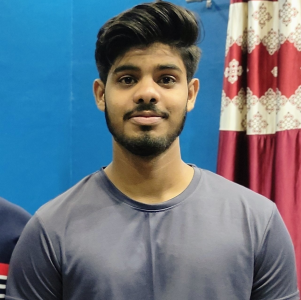