Android Go – What Is It and How Is This Important

We may see new flagship devices getting launched every month. Even the mid range smartphones are much stronger than old days. But the fact is that many… I MEAN MANY people still use very low budget smartphones. Android Go will be helpful for those smartphones with low specs. This was previously announced on the Google IO 2017 but at the Google For India event the Android Go program has finally got the push. It will be available to more developers and it’s becoming open source now.

What Is Android Go

In simple words Android Go is a light-weight version of the original Android Oreo version. It will be able to do the tasks pretty fine for low end smartphones. The main compromise has been done on three areas. The OS, Google Apps and Google Playstore.

Who Can Get Android Go:-

As I mentioned before, this will be available for phones with very low specs. It is specially built for Android Devices running on 1GB RAM or less. So obviously you can’t expect this to be on high end smartphones like Galaxy S8 or OnePlus 5T. 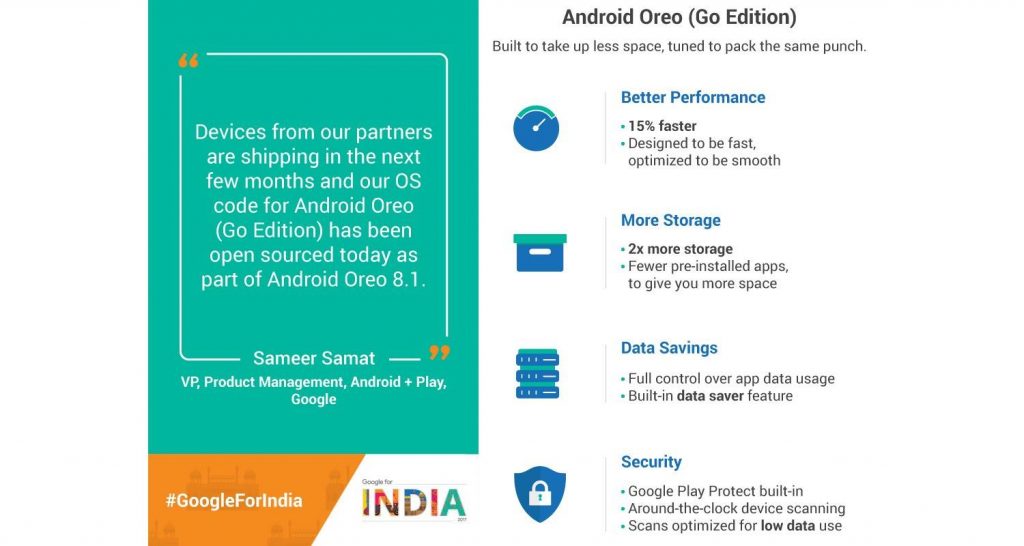